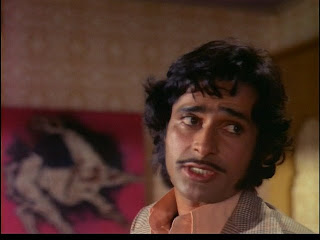 Queen of Nonsensical subjects is me, so I needed to do a post on moustaches and beards! Moustaches are featured on any actor throughout his career or if he's popular enough he'll keep it. But a moustache is more than that, a mush is a sign of a bad character/villain or a swoony cute hero, but it varies in suitability and uncomfyness in a mush. A beard is also a sign of a bad-ass villain, but also it varies in cuteness and just plain why! So on the list are the worst and the best of the facial hair in Bollywood

1.Pran - In many movie he had some very silly mush's and beards but some funny ones are from Chakker, where he looks like a right demon or some type of gladiator, but the mush ahhhh its horrendous like a big fat bush! Another horrible but funky beard is in "Yeh Gulistan Hamara" where he has some funky eyeliner and piratey looking beard, I have watched these movies and couldn't stop laughing at the genuine fuglyness of the mush's! He could very sophisticated in his mush and character in "Adalat" he was very noir with it on and moved his mouth around in a silly circle as a twitch! 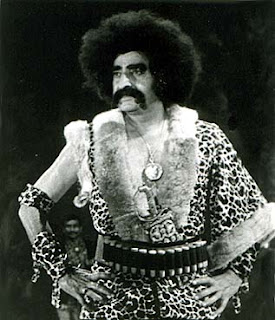 A leopardy daku with an afro! 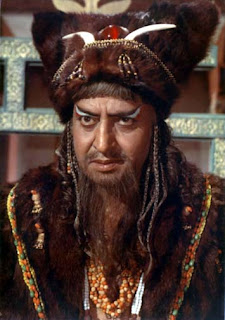 Pran and his pirate beard! 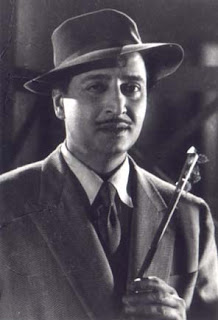 Ohh Pran and his noiry mush

2. Raj Kapoor - he was a sweety pie with his mush, a small line sprouting from under his nose, it wasn't a funky mush like Inspector Amar, but it was a significant showing of his cuteness and blobbyness. In many a film where he was suffering from TB he usually had the "stubble of death" not much though. But in his Chaplin-esque tramp his mush was a sign of his sweetness and the childlike faces he made with his mouth! A moustache worthy of a cuteness award 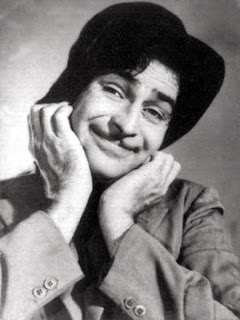 3. Anil Kapoor - a man who inspired this post with his cute mush! I think when I saw him it was love at first moustache (sight) and thats why I think muchas and beards look handsome on a bollywood hero. His mush has varied through his career, I can never forget his fugly mush in Virasat it was just toooo thick it made me ill. But in Ram Lakhan he had the tapori style mush with it ending near his mouth with a slight upturn. Then he's had the "stubble/beard of seriousness" in "My Wife's Murder" He also adapted the Village Police style mush for the recent Tashan and Race, which make him look slightly younger! 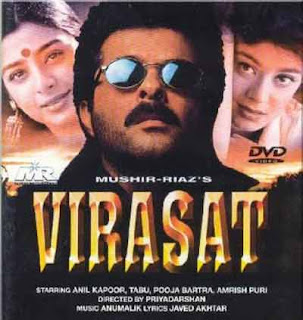 Waay to thick and a bloody mullet nahiii! 4. Vinod Khanna - He has always looked dapper and funkadelic in his moustaches, none more so than as Inspector Amar in AAA, he was HAWWWT in that mush, when he was bashing the villains in that jail cell it was a reflection of his general gorgeousness. No wonder Shabana fell for him he had that mush on, nowadays he sports a beard that looks a lot like the recent Amitabh style glistening black hair with oldie white beard! 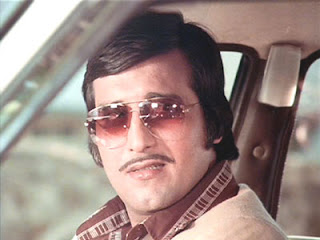 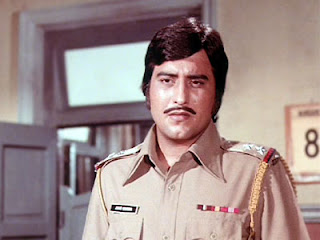 5. RaaJ Kumar - By far the most bad-ass on the list of cool mush's and beards is Raaj, he had that bloody amazing beautiful voice, and that funny line mush that added to his bad-ass voice. He was cool in every way his mush that varied in AMar style line, or a thin Raj Kapoor style, he had cool dialogue delivery, he almost never got his woman in 2 hero movies, and he was an awesome actor, through the "Mush of cool!" 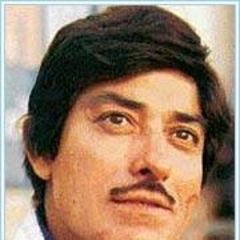 6. Shammi Kapoor - my favorite loverboy in my dreams, once had a mush, but it was a mini mush, a very thin line under his lip, it made him seem like a bad boy in his movie, a type of rogue or maybe gentlemanly. But i though it was yuck! Shammi was waaay better without facial hair, though he has that grandfatherly beard now, which looks cute! 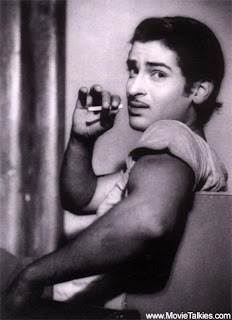 There we have my favorite moustache and bearded men, if you have some wicked or just plain fugly let me know!
Posted by Rum at 10:59 PM

Much as I hate the mush (especially on the Shash) I must admit that Anil Kapoor without his 'stache is like a lawn without grass. Pran without his caterpillar is also pretty Pran-less. For the rest I say, be a man and clean up the fungus!

I am not much of a mouche lover, but I do think Shashi was able to rock it (Chor Sipahee anyone?) and so was Rajesh Khanna when he had to (Dushman, e.g.). Agree that Shammi was way better without it, though :)

I LOVE bollyviewer's comment- I was going to say that Anil basically just looks naked without his mushi, but a grassless lawn pretty much covers it :D

bollyviewer - I agree, anil looks scary and awkward without the mush! Sometimes the fungus catterpillar is quite cute, but each to his own sensibility, but eventually you will be swayed by mush arguements

memsaab- Chor Sipahee, the Shash looked bad-ass and broody it looked good on him! Shammi's was a lame attempt, it was just a line!

reviewer - thanks, it was a necessary post to clear away any suspicions of my likeness of facial hair

OMG! Rum, you are the funniest. I LOLed again and again during this post. Gotta agree with you on your love of mush (and Raj's "stubble of death"... LOL!). Not only Shashi, but Pran, Shammi, Raj and, indeed, Anil all look pretty happening in their staches. YEAH!

ppcc - thanks for the kudos! i think the mush on any actor has to be tried out you never know until you try it naa? Raj's stubble of death was more of a makeup looking thing going on, but he looked convincing nonetheless!

EEEEEEE. This post was hard for me to finish, so vehemently anti-facial hair am I. "No noo nooooo!" I kept thinking. I can handle it on Shashi but only barely (Memsaab makes a good case) and only because he is Shashi, and I'm not so long acquainted with Anil that I have an attachment to his either.

I think it must stem from a now-suppressed childhood trauma. I was actually frightened of many men with beards as a wee one.

That said, I'm sure shaving one's face is a colossal pain, given how un-fun it is just to tackle legs etc, so my sympathies (and gratitude) are with our clean-shaven brethren.

beth- its not that I completely adore mushs and beards, its just they make a Bollywood man look angsty and even cute in Anil's case.
Suppresed childhood trauma, ohh dear beth! I used to think that goatees were scary a bit devil-like!