As a young Bollywood connoisseur, I started my serious film watching at 16 because I discovered old movies rocked, I had watched tons of them when I was younger laughing and enjoying and gawking at the masala, and masti. And shamelessly copying the ideo of Memsaab's Asha P post i had to do the same! But the one actress thats my absolute favorite is the gorgeous Waheeda Rehman 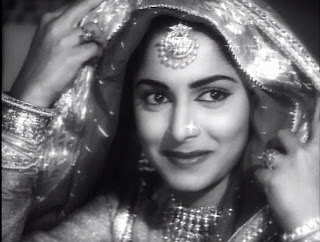 Looking gorgeous in Chaudvin Ka Chand
There are so many gorgeous and wonderful things about Waheeda that make me such a fan! And here's some films and quirks I just love about her, we go:

Some Fabulous dancing in Guide 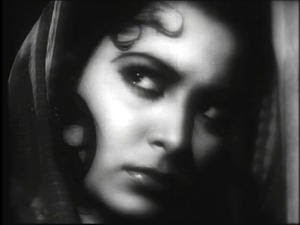 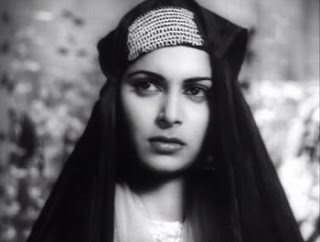 The cutest lady behind the purdah!

The noir Vamp Waheeda in CID

Here's to Waheeda being the most elegant star in my mind, while I must do a post on my style icon Saira Banu!