Ram Lakhan - How Anil Kapoor captured my dil with his moustache! 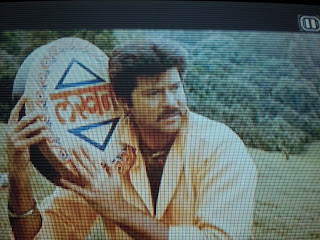 The cutest man in my heart : Anil!

After establishing the great country of Masala Pradesh, my life long crush on Anil Kapoor since 2 years old makes me appoint him as Chief Minister of the cute Masala state, an up and coming state of Masala Pradesh. I usually love Subhash Ghai movies, because he always features a great cast and reunites some golden oldies actors like Dilip Kumar, and Raaj Kumar. So Ram Lakhan featured my favorite moustache duo of Jackie Shroff and Anil Kapoor playing two loving bhais!
This movie lives in the state of cuteness Masala, the films starts off with the Thakur Singh (DalipTahil) who is married to the older looking Raakhee, they live in a nice massive haveli where any announcement is shown with many men banging on the dhols. He has two brothers who are also very similar to the brothers in Ram Balram, except their names are Dishambar(Amrish Puri) and Bhanu(Paresh Rawal) as usual they are greedy gits and want Thakur's land and house. A bit of planning and filler later, they usurp his property and chuck him in a hut, and sooner or later he gets killed on a railway. Subhash has a dirty old man gene inherited from Raj Kapoor as he zooms up on Raakhee as she washes her bloodied clothes by ripping off her sari blouse and washing her face! CHI CHI CHI! She vows on her husbands ashes to get Ram(Jackie) and Lakhan(Anil) to get revenge. 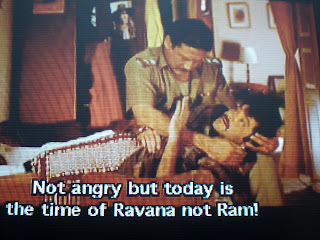 Don't they just love each other so much!

Ram becomes the good kid of the family by becoming a police man, while Lakhan loafs around being a "1 2 ka 4, 4 2 ka 1" basically a shree 420. Of course the boys have girlfriends Dimple for Jackie, she looks gorgeous and loves flipping her silky massive mane in anger, and Madhuri for Anil, she spends most the movie being devotional to ANIL ahem..a bit like a certain person here!

They both have great roles, and Dimple shows her kick-assery by using her machine gun in the climax. But getting back to the film, Amrish and Paresh have some acquaintances that they do business with, and they are planning to swindle Sir John(Raza Murad-with a white eye, and silver wig) and Kesariya(Gulshan Grover- his breakout performance as villain using the famous phrase "bAD Man") Good ol Jackie trys to thwart them in his sexy police outfit, also Subhash does some gratuitous behind shots of Jackie in his tight outfit, a bit like the angles in MuqaddarKa Sikandar for Vinod Khanna. Its great initially but to much is enough.

Ram Lakhan also mirrors Deewar, because later on the brothers split and go on different paths, both loving their MAA, but nevertheless it gets different as Subhash adds the silly masala ingredients such as comic relief via Anupam Kher and a very slim-ish Satish Kaushik, Mukri of course as a silly accomplice, a really funny part where Anil does a hilarious Dev Anand impression on the phone, it killed me nearly! 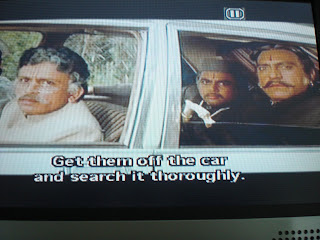 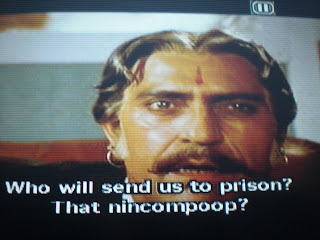 Don't say that about my Jackie!

Many times in this movie, there are many scenes of force-feeding which made my sides split nearly as it reminded me of the oddness of feeding people from Disco Dancer, if Jimmy was around the set of Ram Lakhan he would pass out, as Amrish shoves a massive ladoo in Madhuri's mouth after forcing her to marry Sir John, her crying in that scene looked completely real! Jackie also feeds 600 rupees into a bad guy who was influencing Anil, and when ANil comes to take revenge from Amrish he rams a ladoo into his mouth! It was these parts that made this movie the silliest movie ever.
Another great thing about this movie is that, however much it resembles Deewar, Jackie gets to hit Anil a few times to calm him down, and if Shashi had hit Amitabh into obeying him then that would have made Deewar funnier.
Ram Lakhan is a great fun movie to watch just to stare and laugh at the cute people and overall silliness of a masala movie. Enjoy the screencaps! 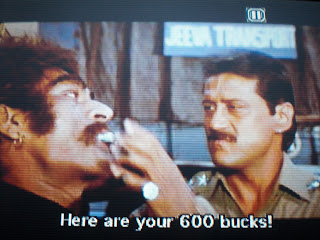 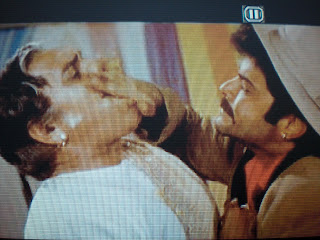 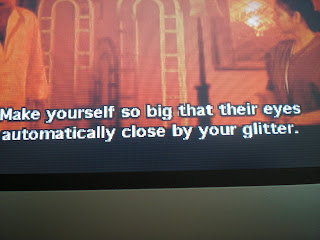 Raakhee's words of wisdom of revenge! 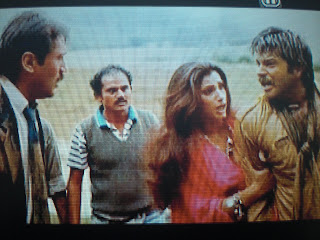 Anil angsting it up in a mud fight! OHHFFFF 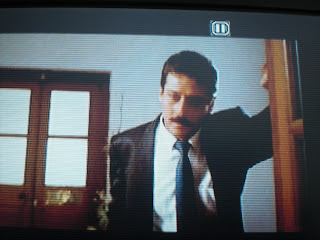 I wish I opened the door and Jackie would be there!

Ya the mustache duo looking good on the screen.Anil delivered a fabulous performance in that movie.

I'm a fan of Anil's since I saw Salaam e Ishq--I've seen bits and pieces of Ram Lakhan but I'm waiting to see the whole thing. I love me some Jackie! ;-)

Such a fun blog Rum- I am terribly sorry I only discovered it today! I am reading through the blog now and adding you to my blogroll. Must say- your blog's name is totally brilliant! :D

crazy - i know, anil rocks here he reminds me of a much angrier moustachioed amitabh bachan

ajnabi- anil was really great in salaam e ishq, especially the running on the plane scene. i love me some anil and jackie too, though anil more since i was a baby follower of his

shweta- thanks for checking it out and adding me! i love the name too,its essential to any diet of an bolly-watcher!