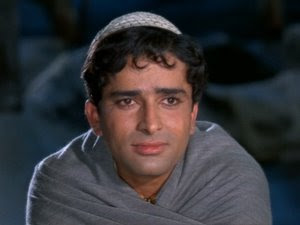 As Prime Minister and general ruler of the Pradesh, there needs to be a hero for which many others can emulate. Naturally in each era of Bollywood the needs and skills of a hero has changed so I thought of an all round list of what a hero may contain, using examples from each era to now.


Watch out in a few days for the Masala Pradesh's vision of a heroine!
Posted by Rum at 8:25 PM

No one can touch Amitabh in death scene.Oh he is the best in that role.Just think about the death scene from the epic movie Sholay and Deewar.

Rum, you are so positively exuberant! Nobody could be better suited as President (or Empress, or whatever title you want) of Masala Pradesh.

Poor Sonny Deol. Any time he dances, he looks like he's just trying to muddle through until he gets to the next fist fight.

Amitabh was always my go to masala hero, but Todd is making tremendous in-roads in converting me to the Church of Feroz.

Hahahaha! I'm ROTFL about the "what would mother want" bracelet idea.

crazy - i know, amitabh rocks in a death scene, especially the masala like Muqaddar ka sikander were he let his sweaty chest do the broody cry

memsaab - thanks so much, i shall crown you empress of the shammi state of masala pradesh

keith - sunny deol makes me gag when he dances in the fields, he stomps about like godzila and sounds like it as well

ajnabi - i think that bracelet was sub-consciously there on Shashi in deewaar and amitabh in any of his backwass masala movies.

The Funkadelic State Ministry of Education and Culture is now printing this in attractive, portable brochure format to distribute to all new heroes-in-residence so they know what is expected of them. Tall order!

beth - thanks for the brochure, as ruler of the pradesh, its always good to know i have my states looked after!

God, I love reading your blog.