Happy Shashi Week - For the cutest man with the curliest of hair! 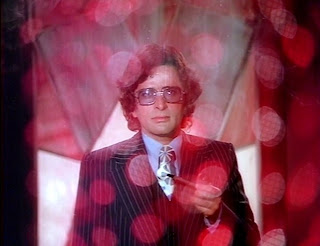 That's how we all see Shashi, with red sparkles!

So continuing with Shashi week, which was declared by the Shashi Pradesh leader Beth, i had to have my own say on the Shash! Who i was lucky enough to sit on when i was 2 years old, and so far never met him since, though usually I do in Bollyhollymusicalitis. So here's an Shashi name meme! 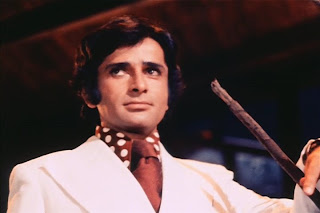 S - Sweet second hero or hero, he was always a hero that could defend your honour as well as do dishoom dishoom with the coolest of printed shirts on! Shashi radiated sweetness in any movie he was in, sure in a few movies he played the bad guy or the well-dressed guy with grey shades! But he was just so sweet and likable and i felt him shooting his bhai in Deewar was necessary because he looked so CUTE in the police suit. 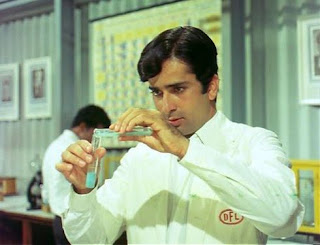 H - HAAAWWWTTTT! He inherited the Hawt gene from his Kapoor khandaan, he looked a lot like his daddy Prithviraj, but obviously a lot hotter. He didn't manage to pull off the mush like Raj, but those eyelashes, those curls, that cute grin, he had rays of HAWT coming off the screen whenever he appeared 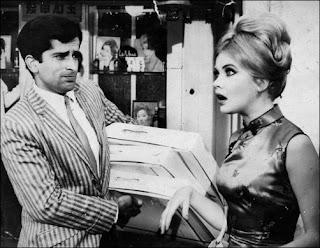 A - Abundant! Lol Shashi starred in sooo many movies over the years, many of them he even admitted to doing it for the money, which is great for us bloggers coz there's enough of the SHASH to go around. Raj even called him a taxi, going from film to film, well that was kinda rude but there's an abundant supply of hidden treasures that Shashi has done including the above Pretty Polly with Hayley mills! 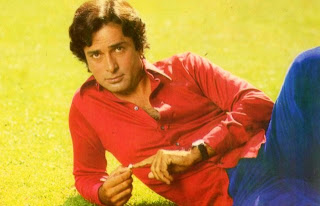 S - Satyam Shivam Sundaram and Suhaag, two seminal movies in my life, SSS exposed me to what a great dickhead Shashi could be, and what great acting to be such a bastard too! Plus the infamous scene where he screeches NAHIII when he see's reflection in a distorted mirror. And he brought back the sex and kiss back to the 70's which were full of sex and violence since Amitabh came along. Suhaag well come on, 2 lost bhai's 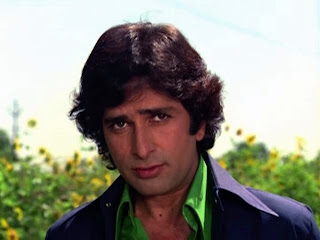 STEP AWAY FROM THE CURLS!
H - Hazardous, Shashi can be quite injurious to the health as outlined in PPCC post about the hazardous things about Shashi's charisma and general hotness that caused Hema Malini to go to hospital with burns. In my experience Shashi has injured my life because many of the men i go for must have cute 70's curls and must stammer "AAAHHH ummm... Kyaa Baaaat Hai?" whenever i ask them something suspicious! 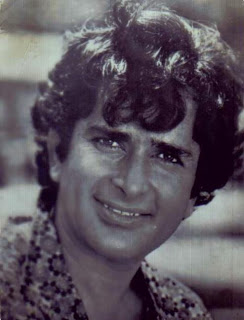 There you go, some of my faves about Shashi!
Posted by Rum at 10:21 AM

Our post titles sound the same! its because Shashi love affects us all madly badly crazily- :D So agree w/ the abbreviation disclosure :D

I think Bobby Deol can give him stiff competition in the curly-hair department (not in the sweet and cute one, though)! I second Shweta - awesome expansion of S-H-A-S-H-I!

Oooh that last screen shot or photo is truly a sizzler!!!!

Glad to see you venturing out :)

Agreed all around! Shashi Pradesh administration is duly proud.

Shweta - lol i saw yours and said curly hair, might as well adapt here too!

Bollyviewer - thanks, name memes are soo good and helpful! I think Bobby could compete in a curly hair cage match, i mean i love his swishing about in the 90's

Memsaab - thanks, my jaw dropped when i found that pic in my mum's old stardust!

beth - thanks! At the Masala Pradesh we are equally happy that Shashi gets his own week!

Oooh, a curl-off! Shashi vs. Bobby! Is there anyone else that should enter the ring? Those are the only two curly boys I can think of.

I loved this post! He's amazing :) I've actually heard of Pretty Polly before but I've never found it anywhere...any idea how to obtain it?