I have been quite lazy in these summer holidays, especially since Prakash Mehra passed away, I sat on my bed and watched all his movies and a few others! So here are some masala musing on the many movies I've watched so far:! 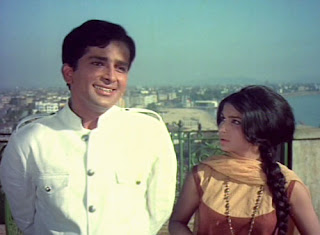 Yes I dream of starring in Rum production 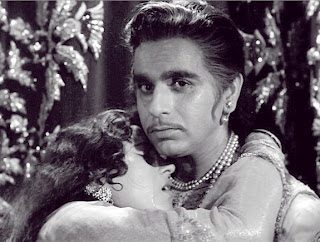 2. Mughal-E-Azam - I watched this in the black and white version with random spurts of colour during some songs, and I have to say I kinda liked it in black and white, it just accentuates the epic feel to the movie. I watched a second time in the colour restoration and though I liked it felt a bit too eye-popping in some parts. But it was wonderfully restored and Dilip and Madhubala have never looked soo swoon-worthy. I really liked Ajit's role in the movie, Dilip and him have a nice pair of scenes together! But the movie is completely Madhubala's, she owns it with her lovely dancing, epic acting! Just wonderful!

3. Dharmatma - I love the Godfather and I really love Feroz's copy/pastiche of the Godfather movies! A proper review will definitely come as i LOVE it, its soo violent, brilliant and Funkadelic.

4. Aan - Now this movie has been revered as some kind of classic, but i hated it! Nadira was awful with her mad expressions, it perhaps influenced me to pull those wide-eyed angry looks as if my life was a silent movie. Alas the movie had sound and her annoying faces and silly acting didnt work for me! But atleast Dilip Kumar was their at his swashbuckling best acting all Errol Flynn like in his fighting scenes. Even Nimmi annoyed me with her overexcited performance, but I laughed when her poofed up in her dance scene and i thought my alter ego was there, coz my hair becomes that big too!

5.Yeh Dillagi - A Sakshay movie which is a redo of Sabrina with Kajol as the chaffeurs daughter, I tolerated this movie because unlike other other Sakshay movies there was no kick butt scenes (except for a few toned down ones) no idiotic banter, no overt Bromance though there was some! And Saifs mullet caused some immense trauma to me as well as the annoying song Ole Ole which doesnt leave my head for a while! Akshay was good in the Bogart/Harrison Ford role and round Harry Potter glasses kinda suited him!

There you have it, a quick rundown of my movie watching so far, Dharmatma will come sooon!

I'm yet to see all the aforementioned movies, Aan is regarded as a great Indian classic and is the first Hindi fim to be shot in colour, Cecille De Mille is said to have contacted Mehboob Khan to say

"I found it an important piece of work, not only because i enjoyed it but also because it shows the tremendous potential of Indian motion pictures for securing world markets. I believe it is quite possible to make pictures in your great country which will be understood and enjoyed by all nations and without sacrificing the culture and customs of India. We look forward to the day when you will be regular contributors to our screen fare with many fine stories bringing the romance and the magic of India"

I heart Yeh Dillagi - and love Ole ole (and now it wont get out of my head for a long time!). Akshay's 'Harry Potter' glasses and serious mein was soooo romantic. Hard to believe its the same Akshay who now does stuff like Singh is Kinng (gosh I probably didnt get enough superfluous letters in there!) and Welcome!!! Of the others on your list, I've only seen Waqt in its entirety and its waaaaaaay better than the new one. How can it not be, with a star cast like that?!

Bollywooddeewana - I heard about the cecil comment, aan is truly epic and masala too, but the performances just bugged me!

Bollyviewer - Akki was cute in his round glasses and he had some bogart charm too!

Now this is a blog which I was always looking for.

By any chance you a fan of Prabhuji...

Brainless - thanks!! If u mean Prabhu Deva then i'm a huge fan of his dancing and rapid dialogue delivery!