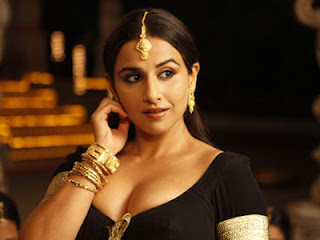 I adore this woman

Yes it's that time again, where I shall do my usual protestations of my busyness, but it's all true! I am still alive, even if I'm was not active at the Masala Pradesh headquarters here for several months now! I never knew third year would be so intensive with an essay due almost every two weeks or so for the past year! But like a resolute Amisha Patel, I am maintaining that hey I'M STILL FAMOUS, and I had some hits from several years ago!

I did a podcast with the wonderful gang of Asim, Filmigirl, and Curry Bear where I named The Dirty Picture my #1 film of 2011. I hadn't watch 'Stanley Ka Dabba' at the time which is such a brilliant gem of a film and I will maintain that The Dirty Picture was a fabulous film for its sheer entertainment value. I don't know what it is about that film that makes me break out into a smile and think of the gorgeous Vidya Balan in the 'Ooh La La' song. I took a Gender and Women Studies course this term about women in the media, and how they are sexualized and devalued in their powerful jobs. I won't apply such a theoretical gaze to this film as it is firmly seen through a male and his gaze at times. 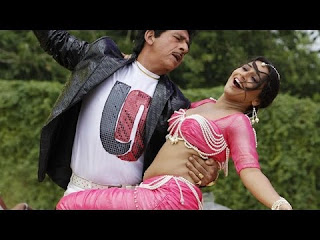 How fabulous and sleazy was Naseer here?!
Filmigirl and Veraciously did great writeups on the movie, and I'll try not to repeat what they've said. But I do recognize that The Dirty Picture is a timepass film with some great performances. A timepass film can rise to the level of greatness with one propelling performance, and that is Vidya Balan's. I fell in love with this film because it had a lack of overt judgement for Silk's choices. Even though she may go for the casting couch, Silk has agency that is purely sexual. That is an agency in its own way, that a woman can conquer an industry based on which hero she sleeps with to get her an item song or even some dialogue. Even though Abraham (Emraan Hashmi) detests everything Silk stands for and her brazen attitude. It was just so refreshing to see a sexual heroine who was not supremely demonized for her sexual choices. I felt like here suicide was not the usual trope where the bad vamp had to be killed off. We could see that Silk was going on the usual artist downfall where the offers had dried up, she'd gotten a bit moti, and her ego had grown.

Maybe this is me being a sucker for the usual biopic, but even though Milan Luthria followed the usual rise and fall storyline. Presenting her life through Abraham's eyes was certainly a fascinating choice that either worked or didn't depending on the viewer. It presented Silk as that mythical figure made from trivia facts and gossip, much like a Marilyn Monroe where we view the star and icon, rather than Norma Jeane. I will gripe that the earlier parts of Reshma's life were a bit rushed, but I do understand that Milan may have wanted to focus on Silk, the brazen and sexy icon. I found the Abraham angle interesting as he completely hated her and the sudden turnaround felt partly natural as he discovered Silk's deeper side.

Vidya Balan was absolutely stupendous in this role, and even if we saw only a bit of Reshma, and more Silk, she gave the character such layers and depth. Her sexuality was at the forefront of the film, and the film does not paint her in the victim role. Silk has agency throughout even through her bad choices near the end, and that is what made her such a fascinating central character. It was so heartening to see a woman with sexual agency in an Indian film and though the film frames it through a male's view we do gain an insight into Silk's unabashedly defiant nature.

The film makes fabulous swipes at the hero-dominated industry, as Suryakant (Naserruddin Shah) is now playing a son to his previous heroine who is now stale and passe enough to play his mother. To have a woman asserting her only power in this industry by selling sex through her item numbers and scandalous films is a great rejoinder to the men she uses along the way. The dialogues were so filmi and powerful in the Nyla moments and Silk's big speech at the awards. They were the right mix of topical issues and seeti-inducing! Suryakant is perhaps one of the most fabulous roles Naseeruddin has played for a long time! The way he drawls out his sleazy lines and filmi dialogues is downright worth the DVD. The less said about Tusshar in his silly and camp side role the better! 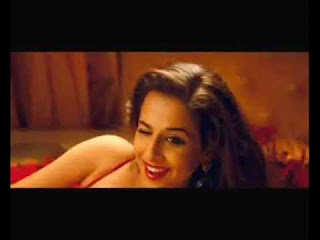 Balan looked utterly gorgeous here too, and even though critics went on and on about her adding on the pounds, she just rocked that NORMAL figure with ease. In a sea of size zeroes, and visible ribcages in the bikini shots, it was just such a respite to see a normal woman onscreen. I did argue with a friend in that class who I made watch this film. My friend saw Silk as a complete indoctrinated female that could not escape the femine trap and had to use sex as the only means to get ahead. This is definitely true, but since the film frames it through Abraham's eyes we will only see Silk in the mythmaking vein. Sexual agency is often disdained in feminist theory as women are falling back on the standardized female trap in order to gain power and express their views. But in film like this, sexual agency is what defines Silk as a character, who polarizes everyone in the industry she performs in. She's too brazen for normal roles, and her sexuality are the factor that rake in the money, it's a brilliant dichotomy that film sets up but doesn't resolve.

The Dirty Picture will always be in the rewatch pile. It offers a woman who is unafraid to sleep around to get ahead in the industry, and she is hated on for doing just that. If anything, it is Vidya Balan's brilliant performance that lends itself to varying interpretations of Silk's strength as a strong female character. Thankfully, it's exam time so I have a bit of time to start writing again and assert that I am not just the Ameesha Patel of the Bolly blogosphere!
Posted by Rum at 11:16 PM

Welcome back Rum, what a fabulous piece, I'm yet to watch this but rest assured I shall do so soon, as its top priority on my Rental list. Love the Amisha anecdote, though in all honesty I love her and I hope she'll be a permanent fixture in bolly land again.

Totally worth the wait, great to have you back! Also, you did bring something new to the reviews of TDP, because you focused solely on what made you love it so much. It's always nice to read a celebratory post like this, which reminds us all that films are supposed to be about enjoyment. Thank you so much for sharing, a first-class return.

Worth the wait! I was very surprised to read all of the average to negative reviews of The Dirty Picture when I had seen it - I felt it was a great film and it made me sad that only few people recognized this.
It wasn't perfect, no, but Vidya's performance really isn't all that was to it. I found Abraham's in-between dialogue a little annoying, but Emraan's performance was really good and I hope to see him in more good films soon.
Though of course, Vidya WAS the star of the film, and finally truly proved that Parineeta wasn't just a coincidence.
Wonderful review.

Bollywooddeewana - Well Amisha Patel is harping on about all the comebacks she's making! This is my own foray into several comebacks! And do watch TDP, and write it up too!

Maxqnz - Thanks so much! I did need to go out on a limb to say how much I did like this movie as more than just a timepass film!

Mette - Thanks again! Obviously there were some glitches but the amount of backlash was a bit disconcerting. And Vidya and Emraan were so good together in this!

But like a resolute Amisha Patel, I am maintaining that hey I'M STILL FAMOUS, and I had some hits from several years ago!
I LOL'ed so hard at this. Oh Amisha, always putting her foot in her mouth..

I think your review also taps into one thing I really liked about this film: its ability to inspire interesting conversations or debates such as you had with your friend. I've done enough Gender Studies to know one feminist theory's objectified victim is another theory's sexually liberated woman taking charge of her own destiny (and both viewpoints may technically be right!), and this film throws up a lot of those questions but offers no answers. And for masala to titillate not just the senses but also the brain, well, that's something quite laudable.

Veracious - Thanks for the love! Amisha Patel will henceforth be my go-to shameless comeback girl! I love that the it is a masala film with all the trappings that does inspire heated debate that truly shapes how you look at a film. For all the fabulous dialogues there were so many sharp digs at the industry!